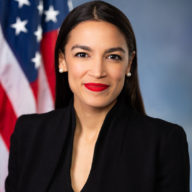 The “We Can’t Wait” slate is made up of working class candidates running campaigns focused on affordable housing, universal health care, climate investments, and quality education.

“With skyrocketing rent and rising costs, it’s harder than ever to make ends meet in New York. The nine candidates of New York Working Families Party’s “We Can’t Wait” Assembly slate are parents, teachers, and tenants who know what it’s like to worry about medical bills, eviction, and student debt,” said Ocasio-Cortez. “Right now, we need leaders at all levels of government laser-focused on delivering for working families. We can’t wait for guaranteed healthcare. We can’t wait for affordable housing. We can’t wait for climate justice. That’s why I’m proud to endorse and support the “We Can’t Wait” Assembly candidates. I can’t wait to partner with them once they’re elected to make sure New York is a place where everyone can live with dignity.”

Despite the reforms of recent years, a shocking April report from the ILR Worker Institute at Cornell University showed that the state’s nail salon industry is still in crisis, as workers — who are overwhelmingly AAPI women and Latina — continue to endure dangerous working conditions, low pay and exploitation across the state.

The Nail Salon Minimum Standards Council Act, which Ramos and Bronson introduced in January, would give workers a seat at the table alongside government and small business owners to collaborate on new baseline health, safety and wage standards across the industry.

As New York’s legislative session comes to a close, workers plan to visit with lawmakers following Tuesday’s presser, building awareness around this innovative bill while urging lawmakers to prioritize the legislation in the next session.

The rally is slated for 12 noon, today, May 24 at the Albany Capitol Building, 4th Floor Senate Lobby.

Like the the Child Victims Act (CVA), the ASA will provide adults who were sexually assaulted with a one-year lookback window within which to bring previously time-barred civil cases. Working with a broad coalition of survivors and advocates, many of whom worked to pass the CVA, Assemblymember Rosenthal introduced the bill in 2019, and has worked to build support among her colleagues in the Assembly.

“Regardless of your age, sexual assault destroys a piece of you, and it takes most survivors time to process and overcome the unique trauma. More time than New York law currently allows. Today is a watershed moment for survivors of sexual assault. Today, New York says that standing with survivors is more important than shielding individuals and institutions from liability,” said Rosenthal.

“When the ASA finally becomes law, the doors to justice will be flung wide open and countless survivors will have an opportunity to seize justice by filing a case against their abusers, and the institutions that harbored them, in the civil court,” she added.

The ASA passed the Assembly by a margin of 148-3 It had previously passed the New York State Senate, where it was carried by Brad Hoylman, Chair of the Judiciary Committee, unanimously. Governor Hochul has already committed publicly to signing the ASA into law when it is delivered to her.

The ceremony will pay tribute to all U.S. service members who died in the line of duty and will recognize all those who have served in our Armed Forces. The event will include a wreath-placement ceremony to honor all those whose lives were lost in service to our nation.

State Senators Joseph Addabbo Jr. and James Sanders Jr, and Council Members Robert Holden, Joann Ariola, and Vickie Paladino are co-sponsoring the event, which will feature the presentation of Citations of Honor to three distinguished members of the military community from Queens.

The ceremony will also include the presentation of the colors by the Francis Lewis H.S. Color Guard, and a performance of Taps.

The ceremony is slated for 11 a.m., Wednesday, May 25 at Veterans Memorial Garden in front of Queens Borough Hall, 120-55 Queens Boulevard in Kew Gardens.