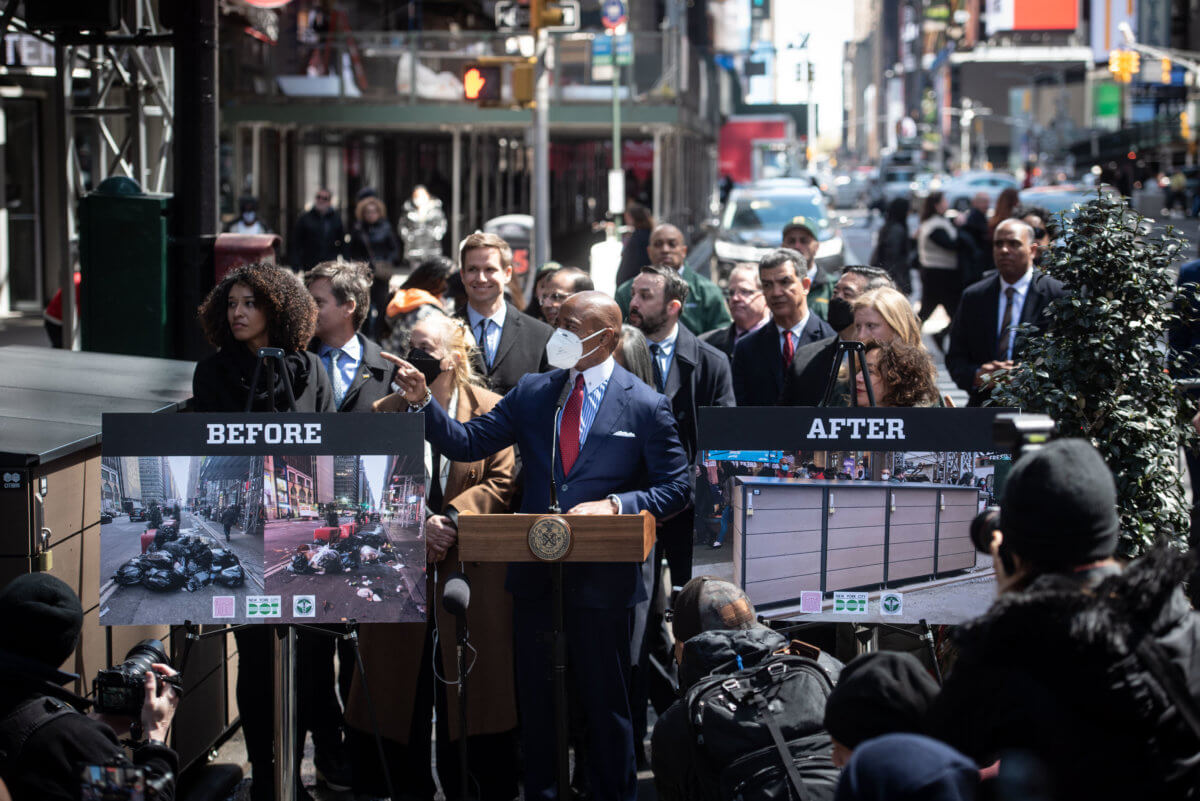 “We’re not here to simply talk trash,” Adams said “Clean streets are vital to vibrant neighborhoods and to New York City’s economic comeback. We need to stop dodging black garbage bags and instead fund and test container models throughout the city that will make our streets cleaner and more inviting for both New Yorkers and visitors.”