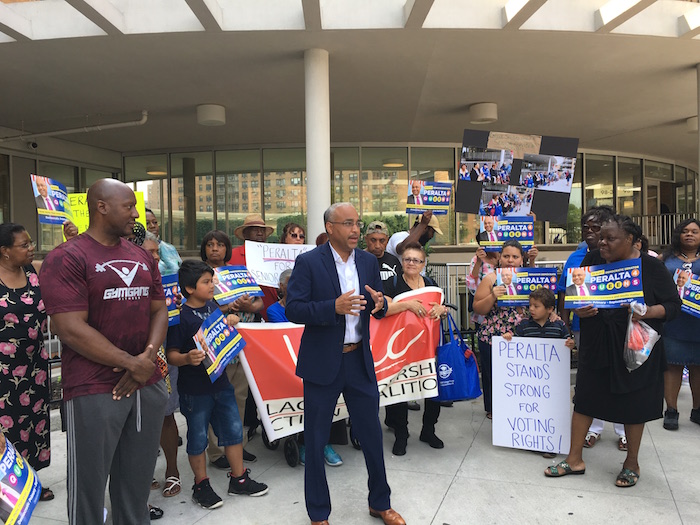 Thee announcement was made as Peralta rallied with the tenants to focus on three major issues, calling for an end to major capital improvement (MCI) rent increases, cleaning up 57th Avenue, and better services for seniors and youths within LeFrak City.

The event also marked the one year anniversary of the BLAC led LeFrak City voter disenfranchisement case, in which the local poll site was moved from its 50-year location without notice to tenants just weeks before the primary election in 2017.

This would have forced residents, many of whom are elderly or disabled, to walk up to a mile away to cast their vote. Due to legal actions taken by BLAC and LeFrak tenants, the poll sites were moved back to their original locations after an almost year long back and forth battle with the New York City Board of Elections. “We have always known Senator Peralta to be an unyielding champion for his Queens community, and we are proud to be endorsing him, especially because he has stood with us and tenants during our LeFrak voter disenfranchisement case to ensure that residents have easy access to vote where they have for decades. He has shown where his true priorities lie,” said Lewis.

“Today we stand with LeFrak City tenants to rally for major investment into this community. Jose has been a true friend and has fought with tenants for a youth and senior center, as well as other major investments. While Jose has been working for the past 8 years, his opponent has been missing from this critical work and activism. It is of the utmost importance that we have a representative who won’t back down in a fight. We know Jose is a true leader, and we can trust he will be a strong advocate for LeFrak tenants,” she added.

Peralta thanked Lewis, noting how she has been unrelenting in her fight for justice and equality for decades.

“It is a privilege to have her and her organization, BLAC, endorse my re-election campaign. We have worked together for years on behalf of LeFrak tenants to provide them with the investment and support they need. I have been proud to fight alongside them for voting rights and further funding for the community. In the future, I will continue to work with LeFrak tenants to create a senior and youth center as well as undergo the cleanup of 57th Avenue that we need so urgently. Thank you to BLAC for being a voice for LeFrak,” said Peralta.

Malikah Shabazz, former president of the LeFrak City Tenants Association, said one of the biggest issues tenants are facing is the use MCIs to raise rents on tenants who are already struggling to keep up.

“We have had a close relationship with Senator Peralta since we began this fight, and he has stood with us for many years. This is not just an issue in LeFrak, it represents a fight that many New Yorkers face. We are thankful to have a representative who understands the magnitude of this injustice, and we will continue to make this the center of our demands for improvements to quality of life,” said Shabazz.

Other tenants noted how Peralta’s focus on youth programs and providing a better environment for local kids has been very helpful in reducing crime and alleviating a public safety crisis. 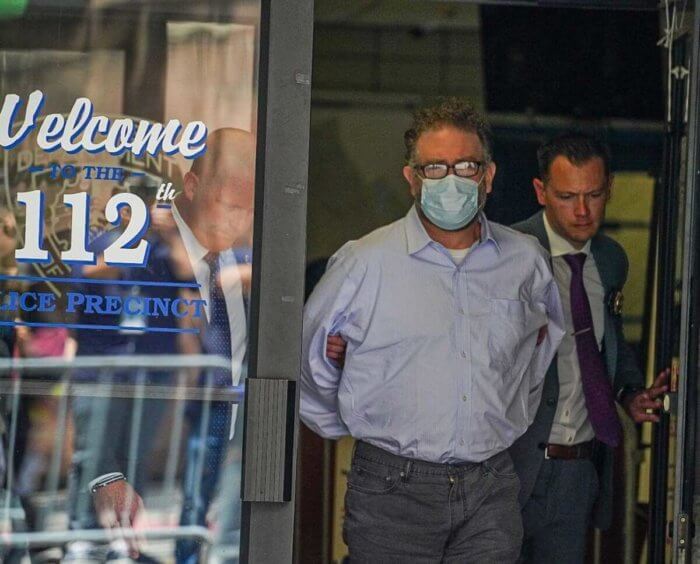