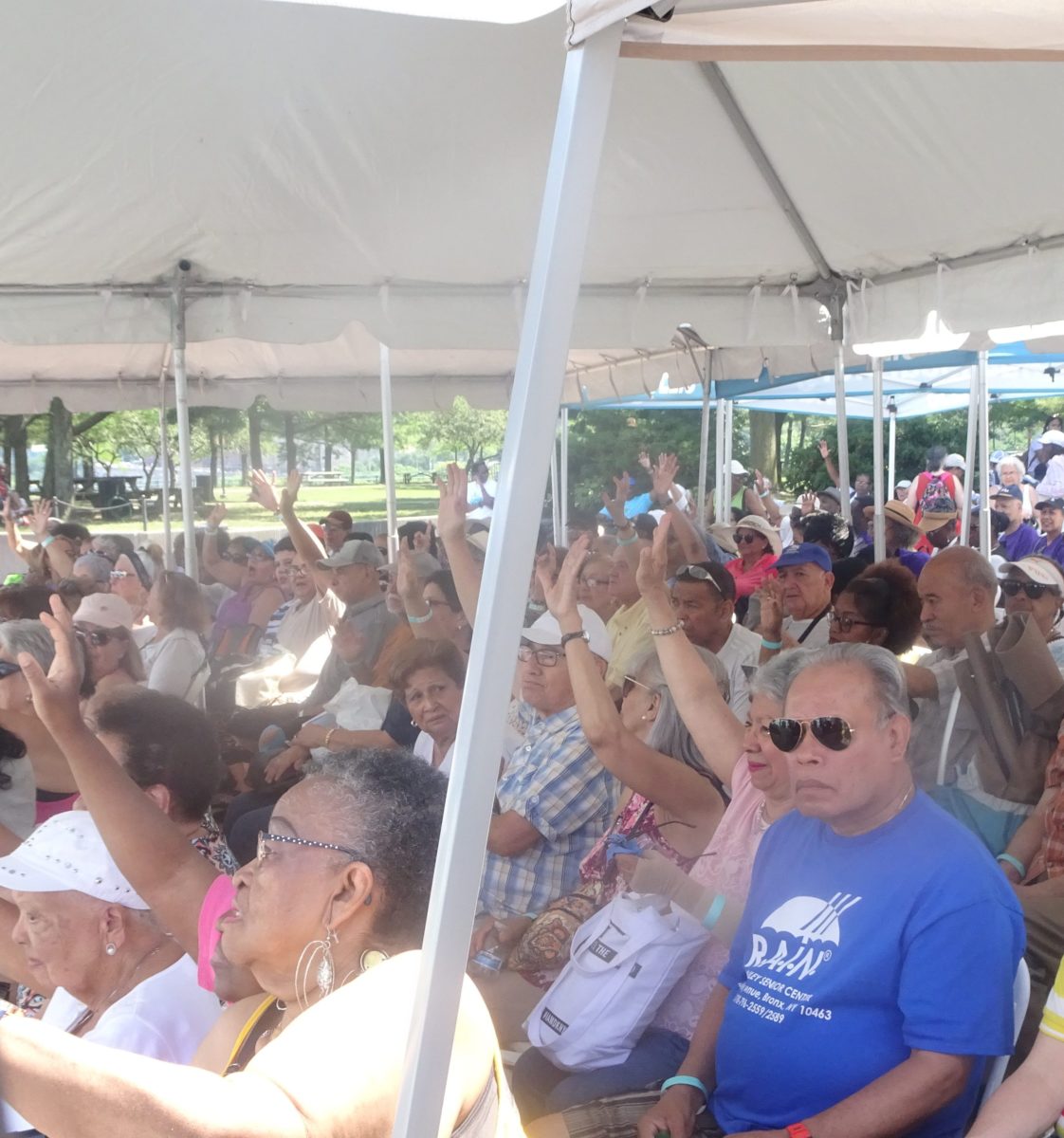 Candidates running for office should consider putting social security, medicare and aging in place on the front burner after a recent study of the June 28 primaries found that in both New York City and Long Island the largest voting bloc by far were 50-plus aged voters.

Among the findings were that a startling two-thirds of New York City voters who cast ballots during the June 28 primaries were ages 50 and above.

The New York State chapter of AARP did the study in which Gotham Government Relations LLC collected and crunched the data.

“We went directly to the board of elections in New York City, and Nassau and Suffolk counties. And we got the data directly from them of who voted in the June 28 primary of this year. We wanted to see the percentage of people that were 50 plus,” said AARP New York State Director Beth Finkel. “Voters 50-plus consistently show up to the polls in much greater numbers than their younger counterparts, and New York City voters confirmed this in June,” said Finkel.

In Long Island overall turnout was dreadful in the June primaries, but the ones who did cast ballots were older voters, not younger ones.

In both Nassau and Suffolk Counties, older voters outperformed their actual registration. Slightly more than half of all registered voters in Suffolk is 50+ while 57% of Nassau voters are. The studies indicate that older voters show up in bigger numbers during non-presidential elections than younger voters, who turn up in greater numbers during presidential elections. “This is about federal issues. It’s about state issues, and it’s about local issues. It’s about all of those pieces. I think what really is telling here is that those 50-plus have been the most reliable voter for a very long time, but that number is now on steroids if you look consistently across the board,” said Finkel .

Finkel said this means that if you’re running for office right now, you better be paying attention to what the issues are concerning the 50-plus demographic.

“We call our members all the time to find out exactly what is important to them. We know that Social Security, they’ve paid into it their whole lives, and they want to be absolutely assured it will be there for them and their children and your grandchildren. And the same thing with their Medicare benefits. They’re depending on that when they retire if they’re not already retired,” said Finkel.

“This extremely powerful voting bloc has made it clear that key issues like protecting and strengthening Social Security and Medicare and supporting people to live in their own homes with independence and dignity as long as possible are powerful motivators when they vote. It is crystal clear that candidates who want to win must pay attention to issues that matter to 50+ voters,” Finkel said.