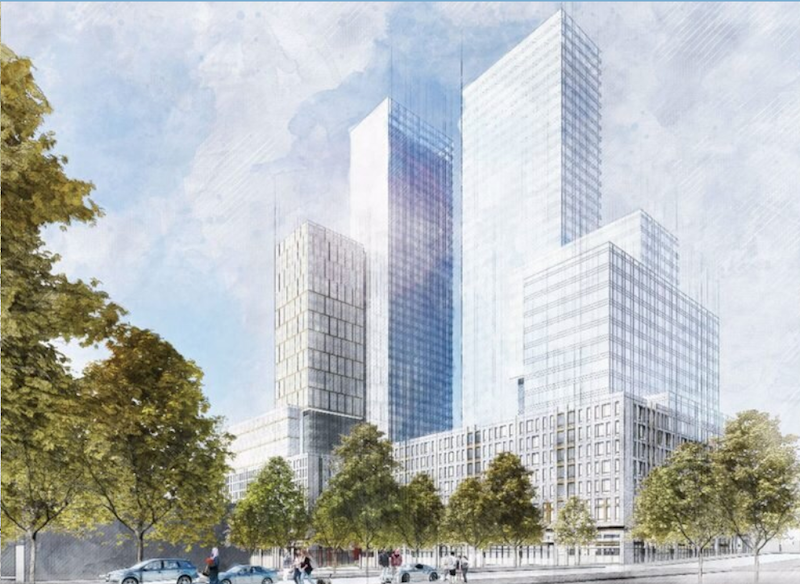 The Movement to Protect the People (MTOPP) and Flower Lovers Against Corruption (FLAC), led by activist Alicia Boyd, have filed a new lawsuit against the Department of City Planning (DCP) and developer Bruce Eichner for withholding public information in their ongoing crusade to save the Brooklyn Botanic Garden from high rise developments and the shadows they cast in Crown Heights.

“We are saying that the community and its residents were denied our due process rights. We have a right to review all public documents,” said Boyd. “The Department of City Planning cannot deny our Freedom of Information Law (FOIL) with COVID-19 or extensions.”

The 960 Franklin Avenue rezoning is proposing a switch from medium density residential zoning in the district, that caps at two or three stories, to zones found in Manhattan primarily. It allows for high developments or enlargements, maximum floor area allowance for those large-scale general developments, a waiver of off-street parking spaces, and a Mandatory Inclusionary Housing (MIH) area.

The proposal itself is to turn the old spice factory site into two new “39-story, 1,166,027 square feet mixed-use buildings including retail, community facility space and residential units.” There will be 1,578 residential units in the mega high rise.

Boyd said that DCP has violated requests of both the petitioners and Community Board 9, who were seeking documents related to this rezoning.

Boyd said this is a possible backlash against her since she made a Parks Department memo public last year that ended up changing the Mayor’s stance on support for a separate 17-story rezoning project from Cornell Realty because it would negatively impact the gardens.

Boyd said that they were granted a temporary restraining order to prevent the 960 Franklin Ave rezoning from being certified on November 16 and pause the Uniform Land Use Review Procedure (ULURP).

“We don’t have anything that large in our community and it’s supposed to be the largest residential complex in Brooklyn. That’s how big it’s going to be,” said Boyd describing her wariness of the project. “You’re going to drop another 1,500 people into the densest part of Brooklyn.”

As of now the application for the rezoning has been reviewed at the City Planning Commission Review Session, complete with environmental impact reports.

Meanwhile, the “Fight for Sunlight” campaign continues at the Brooklyn Botanic Garden, about 150 feet from the building site. The Garden’s website indicates that building towers of the proposed size would block hours of sunlight to their beloved 23 conservatories, greenhouses, and nurseries for the 52-acre garden.

KCP reached out to Bruce Eichner at Continuum and hasn’t gotten a response yet.