The Politics of the Medgar Evers College Presidency – A Rejoinder 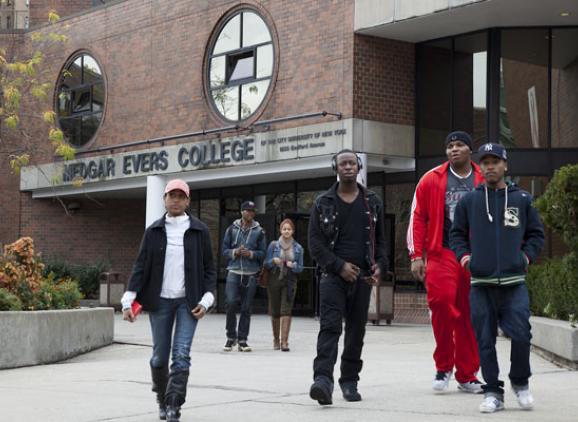 By Concerned Faculty, Staff and Students

Our attention has been drawn to an opinion piece entitled “The Politics of the Medgar Evers College Presidency” purportedly written by faceless individuals masquerading as “The Committee to Protect the Mission and Integrity of Medgar Evers College” and published in Kings County Politics – an online news outlet.

A careful review of the publication exposes the motive of the authors: politics, no more; no less. The faceless group is mostly made of people who were voted out as Chairpersons of Departments by their peers, reassigned to other units for non-performance or reassigned to their faculty roles for poor leadership and administrative performance. The Rudolph Crew-led administration is not interested in rhetoric and politics. Instead, the leadership is focused on growing the Predominantly Black Institution beyond the steeped culture of resistance to change.

As part of the fulfillment of its 2020 strategic vision, Medgar Evers College redoubled efforts to put its footprints around the world through an enhanced study abroad program.

A progress report published by the Concerned Faculty, Staff, and Students, indicates the college-sponsored 144 students for the Study Abroad program from 2014 to 2019 compared with 12 students who participated in the program during the preceding administration from 2007 to 2013. This means that more students had international educational experience with potential to becoming global change agents.

The report reveals trail-blazing accomplishments across sectors including the establishment of the first professional degree – the BFA Media & Performing Arts in 2018 with 54 students. Within the five-year period of 2014-2019, additional degree programs were introduced such as the BS Social Work, and B.S. Financial Economics with a combined student enrolment of 258; revamped the BA in Religious Studies. The first fully-online B.S. Financial Economics Degree program was introduced in 2019.

The upgrade of facilities such as the new state-of-the-art Art Library, renovation of Carroll Street and Bedford buildings has given the college substantial face-lift.

This record contradicts the claims by disgruntled, faceless, and anti-change elements in the college to the effect that “Chancellor’s reappointment of President Crew for another year despite documented evidence of his failed leadership and management, his disinvestment from the college, and votes of no confidence speak to benign neglect and politics.”

President Crew’s participatory governance method is not only unique but inclusive, gender-sensitive, and home-grown from within the rank and file of the college. The leadership confronts change with pragmatism to replace equilibrium and status quo with innovation and self-renewal.

At the monthly College council meeting every faculty, staff, and students have the freedom to challenge the leadership even outside of its comfort zone and never was there a vote of no confidence by the college community as falsely reported in the Kings County Politics Op-ed. Until any of the authors prove that he or she was denied participation in the regular college council meeting, can the allegations of “violations of shared governance, bullying, and intimidation” merit any consideration.

Arm-chair criticism is easy. In spite of the repeated intransigence of the detractors, President Crew continued to extend the olive branch. In one of his regular outreaches to all faculty, staff, and students President Crew invited opponents of his policies to the table to debate superior ideas to grow the college instead of fighting in the trenches.

Admittedly, no leadership satisfies everyone; neither is any leadership 100% perfect, but to suggest that Crew presides over a “failed leadership and management” is disingenuous and a stretch too far. This is an administration that connected Medgar Evers College to Wall Street via the newly commissioned ultra-modern financial lab for its Business School in addition to remarkable technology improvements for the BFA degree program and expansion of the Differently-Abled Department to provide equal access to learning and education to students and staff with disability.

The Kings County Politics Op-ed notes in part that “politics and benign neglect, rather than excellence and performance are being used to determine the qualifications for a President at Medgar Evers College.” This is classical projection. The authors seek to dethrone their perceived enemy or enemies through a public campaign of calumny and by so doing route for their preferred politically-engineered leadership. In the publication, they failed to outline the relevant criteria or qualifications for a president that President Crew does not have.

Apparently, the Kings County Politics Op-ed confirms that the authors are not just determined to pillory President Crew but also the CUNY Chancellor. When has a college president having a good working relationship with the Chancellor become a disqualifying factor? Instead, it is a good thing that ensures progress of Medgar Evers College within the CUNY family. To demonstrate how unhinged and misguided these elements are, they also accused the Chancellor of refusing to meet with them amid the Coronavirus pandemic.

As a matter of factual representation of facts a representative group of faculty and staff put together a document attached herein to highlight the achievements of the Crew-Okereke administration. Everything considered, these concerned faculty, staff, and students under the aegis of Restoration and Progress at Medgar Evers College invite all stakeholders to join hands for the continuation of the transformation agenda of the Crew-Okereke administration.

This is not the time for in-fighting and unprovoked bickering. So much is at stake and we must strive to make Medgar Evers College the citadel of black intellectual thought in the world.

Editor’s Note: This is a continuing dialogue among faculty, staff, students and alumni of Medgar Evers College. KCP allows and encourages this kind of discourse on its site, but does not have a position on this issue.