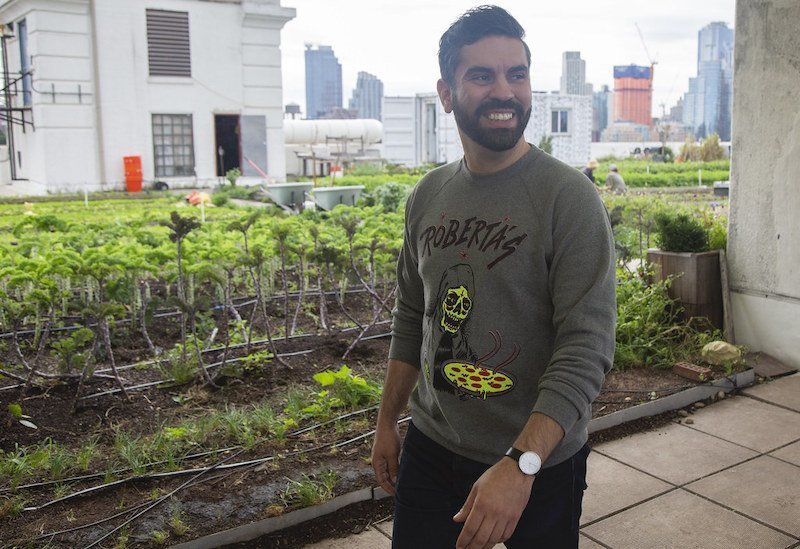 When the program lost funding, the director told him about a local elected official (Assemblymember Erik Dilan) who was looking for someone that could write well. Not knowing anything about politics, Espinal figured it was a good job while he applied for masters programs in screenwriting.

At the time, he envisioned earning his MFA, getting into film and also becoming a teacher within low-income communities. But through that job, he was exposed to the inner working of city government and the fulfillment of working with constituents, and he became hooked on becoming a public servant. Within four years, he ran for State Assembly and won. Two years later, in 2013, he ran and won his city council seat representing the 37th District, and now he is looking to become the first Latino borough president of Brooklyn.

Born and raised in Cypress Hills East New York to Dominican parents, Espinal is proud to be from the Borough.

“It’s always been a place for working-class New Yorkers. Immigrant families have always been able to come in and buy a home, raise a family, something that my parents were able to do and that our generation isn’t,” said Espinal.

Espinal recalled how he grew up in a heavily disinvested district that suffered greatly through the crack epidemic of the 1980’s to the 2008 economic crisis, in which his neighborhood was one of the hardest hit with foreclosures. Running for borough president he believes, is the ultimate position for anyone who wants to represent and focus on the issues of the borough.

With the large borough president budget, he hopes to construct more affordable housing, parks, roads and schools. In addition, he would be representing 2.5 million people, the largest Democratic Party county in the country. With such a large constituency, he feels that it can give him the stage to influence issues like Medicaid for all, climate change and student debt – making a difference on the national level.

According to the Fiscal Year 2020 city budget, the Brooklyn Borough President’s office has a $7.2 million operating budget, an increase of $600,000 over last year’s FY 2019 operating budget of $6.6 million.

Since coming into politics, Espinal has worked on high profile policies that have made a large impact not just on the borough, but all of New York City. In 2017, Mayor Bill de Blasio signed into law Espinal’s legislature to create an Office of Nightlife and repeal the Cabaret Law, a 91-year-old law that prohibited dancing of three or more people in any “room, place or space in the city.”

In 2014, one of the first laws he helped pass was the abolishment of the U.S. Immigration and Customs Enforcement (ICE) in New York City jails. In 2016, when de Blasio announced NYC as a sanctuary city, Espinal saw that it would only mean during his administration, by rule not law. Working alongside colleagues, he wrote and introduced a law that would make NYC a sanctuary city no matter who was in power.

As borough president, Espinal says he will continue to focus on social, economic and environmental issues and the intersectionality of all three.

“It’s not just about hugging a tree,” he said. “There are seniors dying from respiratory problems because of air pollution, kids in Bushwick and East New York suffering from asthma.”

Espinal noted Brooklyn is also in danger of rising sea-levels and displacing thousands of residents. It is as imperative that the city continues focusing on the social, economic and environmental hurdles of the past few decades to better plan for this future.

“If we can’t focus on these issues now we will suffer the consequences later,” he said.

Espinal said that although Brooklyn as a whole has a low unemployment rate, there are certain districts in the double digits. He hopes to help create more trade jobs, and continue supporting Science, Technology, Engineering and Mathematics (STEM) in schools in order to prepare kids in the fields of science, technology and math.

Ultimately, he hopes to preserve an affordable city for all, “What makes the city great is the artists, the diversity. The more we lose that the more we lose what our city stands for,” he said.

Editor’s Note: This story was updated to include the operating budget for the Brooklyn Borough President’s office.