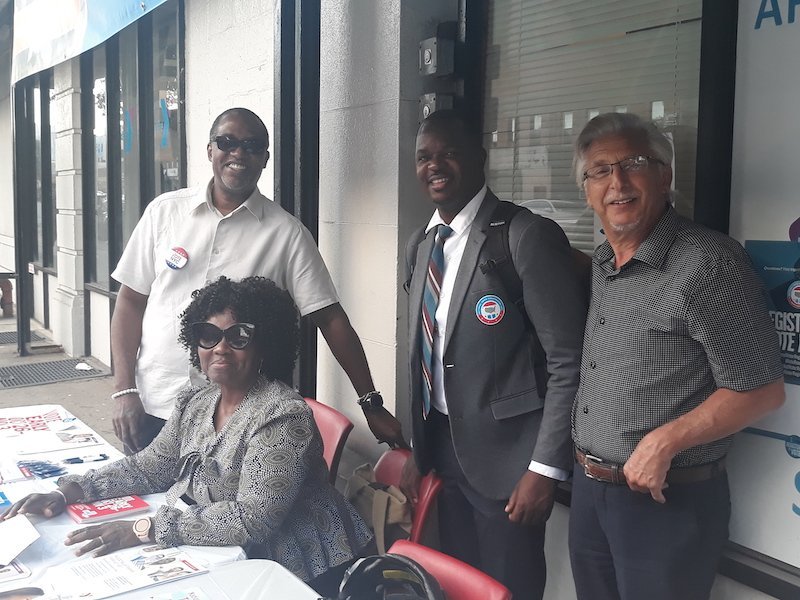 It’s not exactly Groucho Marx’s infamous quip, “Please accept my resignation. I don’t care to belong to any club that will have me as a member,” but it does seem strangely apropos.

Former Ernest Skinner Political Association (ESPA) President Hassan Bakiriddin, who along with several other members resigned from the club over an endorsement meeting brouhaha earlier this year, has spearheaded the founding of a new club – The United Political Association (UPA), in which he is the new club’s president.

“I am excited and deeply honored to be working such a talented group of people who will bring forth a more progressive agenda for our community. Our executive board and founders embody strong leadership; and commitment to the community, which echoes the perspective of our potential membership and community at large. We look forward to supporting like-minded neighbors and helping to identify the leaders of tomorrow,” said Bakiriddin.

Bariridden said while no elected officials have joined the club yet, there are a number of board members that either belongs to local community boards or civic organizations.

“We started the Unified Political Association because there’s a vacuum that existed with the bias [sic] of the Earnest Skinner Association and we wanted a club that was more inclusive that would bring more people from the community together and actually  do things that are more unified, because honestly our district collectively is made up of different cultures, different  ages groups, different sexes and all that. So we wanted to make sure that we had a place to come together and have a voice,” Bakiriddin said.

The backstory of the club, however, very much has to do with this year’s contentious special election of City Councilwoman Farah Louis (D-Flatbush, East Flatbush, Midwood, Marine Park, Flatlands, Kensington) to replace her predecessor, Public Advocate Jumaane Williams in the 45th City Council district.

Three of the other candidates in that race – Monique Chandler-Waterman, Xamayla Rose Rose and Anthony Beckford – were members of the ESPA, and both Skinner and Williams backed Chandler-Waterman. However, when the club reportedly backed Rose as their consensus candidate, Skinner tried to weight the endorsement with proxy votes. This led to Bakiridden and several other members quitting the club, which eventually decided not to endorse any candidate.

But one obvious front-burner political for the club is the work they will do in next year’s competitive Democratic primary between incumbent State Sen. Kevin Parker (D-East Flatbush, Flatbush, Midwood, Ditmas Park, Kensington, Park Slope, Windsor Terrace) and Democratic District Leader Josue Pierre.

Bakiriddin said it is too early for the executive committee of the new club to meet and make an endorsement in the race, but Pierre was in attendance and lending a hand where Bakiriddin and his wife, Joan, who was working on behalf of the Brooklyn chapter of the NAACP, yesterday set up a table to register voters on Flatbush Avenue yesterday as part of National Voter Registration Day.

”The UPA hopes to bring a fresh vibrant voice to community activism in District 45, and I am excited to be part of it”, said UPA Vice President Rodney Pepe Souvenir.