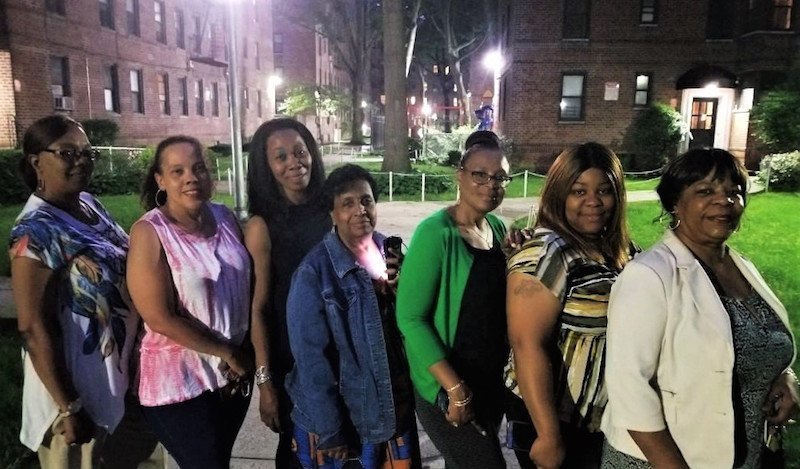 While the de Blasio Administration is caught in allegations that his administration is attempting to undermine and take away the property of longtime affordable co-op owners, the state is partnering with similar co-op owners in Crown Heights to both keep ownership and make much-needed repairs.

The Harry Silver Housing Company, Inc, (HSH) a 288-unit, three-building complex  across three buildings on the southeast corner of Schenectady Avenue and Midwood Streets, was built in 1954 as a state-supervised affordable housing cooperative under Article IV of the Private Housing Finance Law, predating but similar to the state Mitchell-Lama program that was passed into law a year later in 1955.

The co-op owners of the complex are in many ways in the same economic situation as Housing Development Fund Corporation (HDFC) co-operatives owners in city programs in so far as needing crucial infrastructure repairs and rising costs including property taxes.

However, unlike the HDFC owners that KCP has reported on here and here and here, whereupon the city has taken the property from the co-op owners and given it to favored non-profits to redevelop at low-and no-interest loans, the state has worked out a similar low-cost loan program with the tenants that will both allow for the needed infrastructure repairs and keep the complex affordable for years to come.

“Our community was in a bad place. With gentrification all around Brooklyn and $6 Million in repairs needed to make the buildings safe, we were worried about how to keep the maintenance fees affordable,” said HSH Co-Op Board President Unella Perry.

Perry explained that the housing complex, which has several generations of families still living there, was built over 65 years ago as one of the first affordable cooperatives. While HSH is private and pays expenses from monthly carrying charges paid by shareholders, it has in the past received financial benefit for remaining affordable through a reduction in real estate taxes as long as the State Department of Homes and Community Renewal (HCR) supervised the houses.

However, 20 years ago, the HSH decided it didn’t want to be supervised by HCR and lost its tax benefit and the HSH Board of Directors began to self-manage. At that time, a $3 Million loan was taken out and even though the funds were spent the capital work was not completed.

In 2015, with the corporation was on the brink of bankruptcy, HSH agreed to go back under HCR supervision, hired Marion Scott Real Estate Inc. as new management, took out an $8 Million short term loan to reimburse shareholders and vendors for unpaid expenses, and saw the City Council vote to give the tax reduction back to HSH which resulted in a $600,000 savings every year.

In the past four years, the board also completed a number of much-needed projects including removal of asbestos in hallways and lobbies; installation of cameras; repaired and striped the indoor garage; repaved the outdoor lot, replaced the front doors, replaced the intercoms and hired security.

Additionally, the board and new management painted the hallways and lobbies, installed electrical panels in apartments, renovated the community room and the laundry rooms, installed GFIs in the apartments and put new matting on the playground.

Last year, HSH was able to balance its budget for the first time in many years, and HCR recently agreed to give HSH a $13 Million mortgage at 1.5% interest for 30 years, including $5.4 Million to pay off a mortgage and $7 Million for capital work.

“We would like to commend New York State Homes and Community Renewal for their commitment to Preserving Affordable Housing and promoting community revitalization,” she added.

Marion Scott Real Estate Inc. spokesperson Alex Freedman said that borrowing money at 1.5% interest for 30 years, will enable the community to insure the safety of the residents and stay affordable for 30 years.

“Everyone talks about saving affordable housing but it’s great to see New York State HCR take the steps needed to save communities like Harry Silver,” he said.