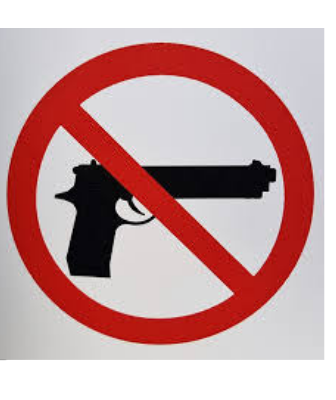 The legislative package includes the “red flag” bill, which prevents individuals determined to be a danger to themselves or others from possessing or purchasing firearms; aban on bump stocks; and establishes a longer waiting period before delivery of a purchased firearm to a person who has not cleared a background check.

“Despite mass shooting after mass shooting, the federal government still refuses to pass commonsense legislation to protect Americans from gun violence,” said Braunstein. “Thankfully, the assembly and senate have joined together to protect New Yorkers by preventing dangerous individuals from possessing a gun, banning bump stocks, and extending the waiting period to purchase a firearm.”

The Assembly once again passed the “red flag” bill, allowing a court to issue an order, known as an extreme risk protection order (ERPO), prohibiting a person who is determined to be a threat to themselves or others from purchasing or possessing a firearm for up to one year. The petitioner, who could be a family member, school administrator or law enforcement officer, would be required to file a sworn application describing the circumstances and justification for the request. Following an initial hearing, the court may grant a temporary order if there is reasonable cause to believe the individual is likely to engage in conduct that would result in serious harm to themselves or others. At a subsequent hearing, the court may issue a final order which would last for one year.

“All too frequently, disturbed individuals use guns to take innocent lives,” said Braunstein. “We are taking real action to combat this growing problem by passing the red flag bill, which will help make sure that people who exhibit clear warning signs do not have access to guns. Far too many lives have already been lost to gun violence and this legislation is a vital step toward protecting New Yorkers from harm.”

Another piece of legislation passed by the assembly and senate prohibits the possession, manufacture, transport, shipment and sale of devices that accelerate the firing rate of firearms so they operate in a similar manner as machine guns, including bump stocks, trigger cranks and other rapid-fire modification devices. Under current New York State law, attaching such a device to a firearm is illegal because once attached, the weapon is considered a machine gun. However, there is no restriction on the sale or possession of bump stocks or other similar devices that are not attached to a firearm.

It was this type of firearm modification enabled a single gunman to carry out the deadliest mass shooting in the nation’s history in Las Vegas in October 2017, firing more than 1,100 rounds in approximately 10 minutes and killing 58 people.

“The horrifying level of violence in Las Vegas was as stark reminder that there is no reason why a civilian should have access to a military-style assault weapon that can inflict so much damage so quickly,” said Braunstein.

Legislation was also passed to establish a waiting period of 30 days – instead of the current three days – before a gun can be sold to an individual who has not cleared a background check. Under current federal law, gun dealers must conduct a background check through the National Instant Criminal Background Check System (NICS) before selling a firearm.

The NICS system responds with one of three messages – “proceed,” “denied” or “delayed.” While the vast majority of background checks are immediately marked “proceed” or “denied,” transactions that receive a “delayed” response must be completed after three business days if no additional “denied” response is received. In these cases, the FBI continues to investigate whether the person is an eligible purchaser beyond the three-day period even though the person has likely already been sold the firearm.

This dangerous loophole allowed nearly 4,900 prohibited purchasers to access guns in 2017 alone. Dylann Roof, who brutally killed nine people at a church in Charleston, South Carolina in 2015, was able to legally purchase the gun he used because of this loophole.

“This extended waiting period will ensure that an individual has cleared a background check before he or she is able to purchase a gun. The waiting period is a common sense approach, considering that the FBI has suggested that more time be given to investigate ‘delayed’ responses,” said Braunstein.