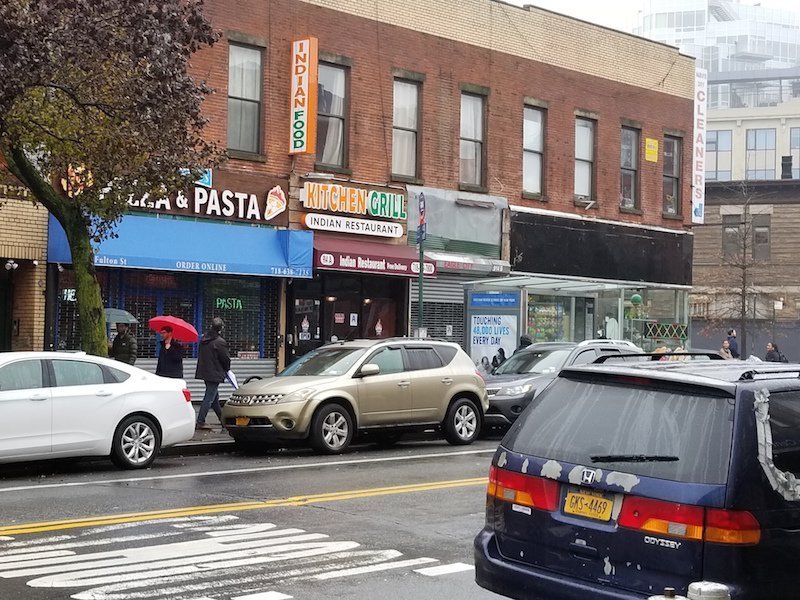 Is organized labor in cahoots with the city behind the targeting of mainly immigrant small business owners for the rash of sign awning tickets and fines being leveled at them to the tune of thousands of dollars?

While some city hall insiders are throwing around that theory, one thing is for sure: The Sheet Metal Workers Local 137 and some of the 20-30 unionized sign hanging companies that have a citywide near monopoly on commercial awnings work will likely get the contract to do re-hanging jobs.

That after City Council Speaker Corey Johnson (D-Manhattan) this week pulled a bill from an expected vote that would have helped the mom and pop businesses deal with the issue.

According to a previous KCP stories here and here, immigrant Bodegas and mom & pop stores, particularly Chinese, Arabic and Hispanic owned, have been hit hardest by an uptick of anonymous 311 calls these past few months complaining about illegal sign awnings.

This led City Council Member Justin Brannan (D-Bay Ridge), and others to theorize that it was sign hanging companies behind the 311 complaints. What they didn’t realize were that all the licensed sign hanging companies are union shops, specifically employing workers from the Sheet Metal Workers JATC Local 137 in Long Island City.

This resulted in the Department of Buildings (DOB) doing what they say were mandated inspections of all 311 calls, and while inspectors were in the field they would notice other shops with similar illegal signs who might also receive tickets.

Immigrant shop owners on the street soon got word of the sweep, and a number of them preemptively removed their awnings to the sheet metal underside to avoid the fines.

Andrew Rudansky, Deputy Press Secretary for the DOB said the awnings were illegal according to existing regulations of which have been on the books since 1968. These include a mandate that all non-painted signs greater than six square feet in size must require a permit and placement by a licensed sign-hanger as well as neighborhood zoning laws.

Under a 2017 law, the minimum fine for business owners that put up such illegal signs and awnings is $6,000.

Regardless, City Council Member Rafael Espinal (D-Bushwick, East New York), with support from a number of other council members, took the lead in crafting and negotiating the proposed Awnings Act legislation, which among other things would:

The city council was overwhelmingly in support of the measure and it was supposed to go for a vote at this past week’s stated meeting, but at the last minute Johnson pulled the item off the agenda.

“Everything goes through the legislative process, I think the bill has clear support in the council. I’m hopeful we’ll take care of this next month, in the first month of the New Year. We’re very concerned about the issue,” said Johnson when a reporter asked him about it.

“Council Member Espinal has a bill that I think has probably near unanimous support in the council. But we’re still talking to stakeholders as it moves through the process, and making sure that we don’t rush something. But that we get it done in the right way so that we don’t have issues moving forward. But I support the bill and I think there’s wide support in the council.”

But according to a source familiar with the negotiations, it was mainly the union and the sign hanging businesses they control that put the pressure on Johnson to hold up the bill. Among the provisions they had problems with included giving the small shop owners the ability to hire any licensed outside general contractors to do the work.

Espinal was in on the negotiations and met with the sign companies and the union to hear their concerns, the source said.

“We can’t piss these guys [the unions] off. That’s the bottom line. We’re not trying to make enemies. We want to deliver to the small businesses that are suffering, but we don’t want to cause collateral damage to anyone trying to make an honest living either,” said the source.

The new bill will create a two-year moratorium, which will give the task force created by the legislation more time to come up with recommendations and implement them, said the source, but would not elaborate on what will become of the other proposed bill provisions.

The full council is now expected to vote on the measure at their Jan. 9 stated meeting.