Early Endorsements Could Score KO Win For Deutsch In Primary

By Kings County Politics
0
comments
Posted on May 2, 2017 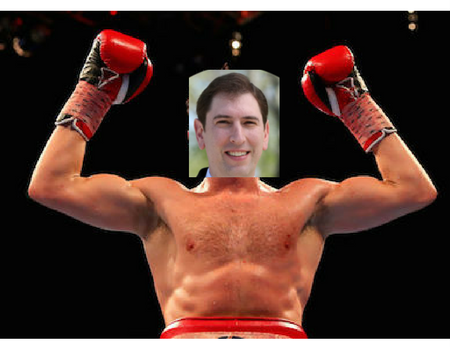 City Councilman Chaim Deutsch yesterday scored some key early endorsements for his re-election campaign that is sure to have his mishpocha Kalman Yeger second guessing a possible challenge to him in the September primary.

They are popular radio station owner Gregory Davidzon, and 45th Assembly District Democratic Male and Female Leaders Ari Kagan and Margarita Kagan (no relation). Of the three, Ari Kagan’s endorsements carries the most weight as he unsuccessfully ran against Deutsch three years ago for the council seat, and is one of the most active and popular district leaders in Southern Brooklyn.

“For many years, I have worked closely with Councilman Chaim Deutsch. We successfully partnered on important projects and events, including the Rally against Hate and Anti-Semitism, helping people with disabilities, supporting our law enforcement, making sure our streets and parks are clean and safe. It is important that we work together to unite the different communities in Southern Brooklyn. This is why I strongly endorse Chaim Deutsch for re-election,” said Ari Kagan.

Margarita Kagan pointed to Deutsch’s record on constituent services in her endorsement. “Councilman Deutsch’s office cares about every person who needs assistance. Whether it is a broken elevator in a residential building, parents confused about how to enroll their children in local schools, or supporting our seniors and youth – you can be assured Chaim is always there, ready to help. He is widely respected in our community. I am happy to endorse Councilman Chaim Deutsch for re-election,” she said.

Davidzon said he decided to endorse Deutsch after having many conversations with residents in the district.

“Chaim has done a lot for the District and greatly improved quality of life for its residents. I wish Chaim Deutsch the best and I am ready to work with him in the next 4 years,’ said Davidson.

Deutsch thanked Davidzon, Ari Kagan and Margarita Kagan for their dedication to the people of the district.

“Whether it is working to protect and enhance the lives of our seniors, ensuring a proper education for our children, or giving our first responders the resources they need to keep our families safe, I look forward to working with Gregory, Ari and Margarita as I look to my next term on the City Council,” he said.

The endorsements comes as Yeger, who is a first cousin to Deutsch’s wife, or mishpocha, the yiddish term for family through blood or family relations, has set up an exploratory committee to challenge Deutsch in the September primary.

Yeger, is a sharp political operator who is very close with Midwood/Boro Park City Councilman David Greenfield. Sources say Yeger is holding a fundraiser this week.

Should Deutsch coast through to a primary win, he will face Republican Steve Saperstein in the November general election.